“This is a brandy with an inviting, smooth and elegant character. Faugères has an advantage over the rest of the region: it boasts consistent schist soils that produce soft, supple brandies”.
" Mathieu Frécon, author of "L'ALAMBIC - l'Art de la Distillation - Alcools, Parfums, Médicines"

First developed at the turn of the 19th century, Fine Faugères was officially recognised on 19 March 1948 as a result of the achievements of an association for the protection of Faugères wines, of which INAO founder Baron Le Roy was a member.

Mothballed in the 1980s, production was relaunched in 2000 by a small group of winegrowers attached to the heritage it symbolises and its close ties with wine. The history of the appellation is intertwined with that of the brandy which was laid down in imperial cellars under Napoleon.

Today, Martial's workshop at the Atelier du Bouilleur is the brandy’s focal point. Martial is passionate about nature and all things edible. He uses artisanal techniques and is particularly mindful of showing respect for the environment.

Every year, about ten wine growers entrust him with a few litres of wine from Faugères. He distils them not once but twice using a Charente still, known as a pot still, so that only the finest components are extracted. 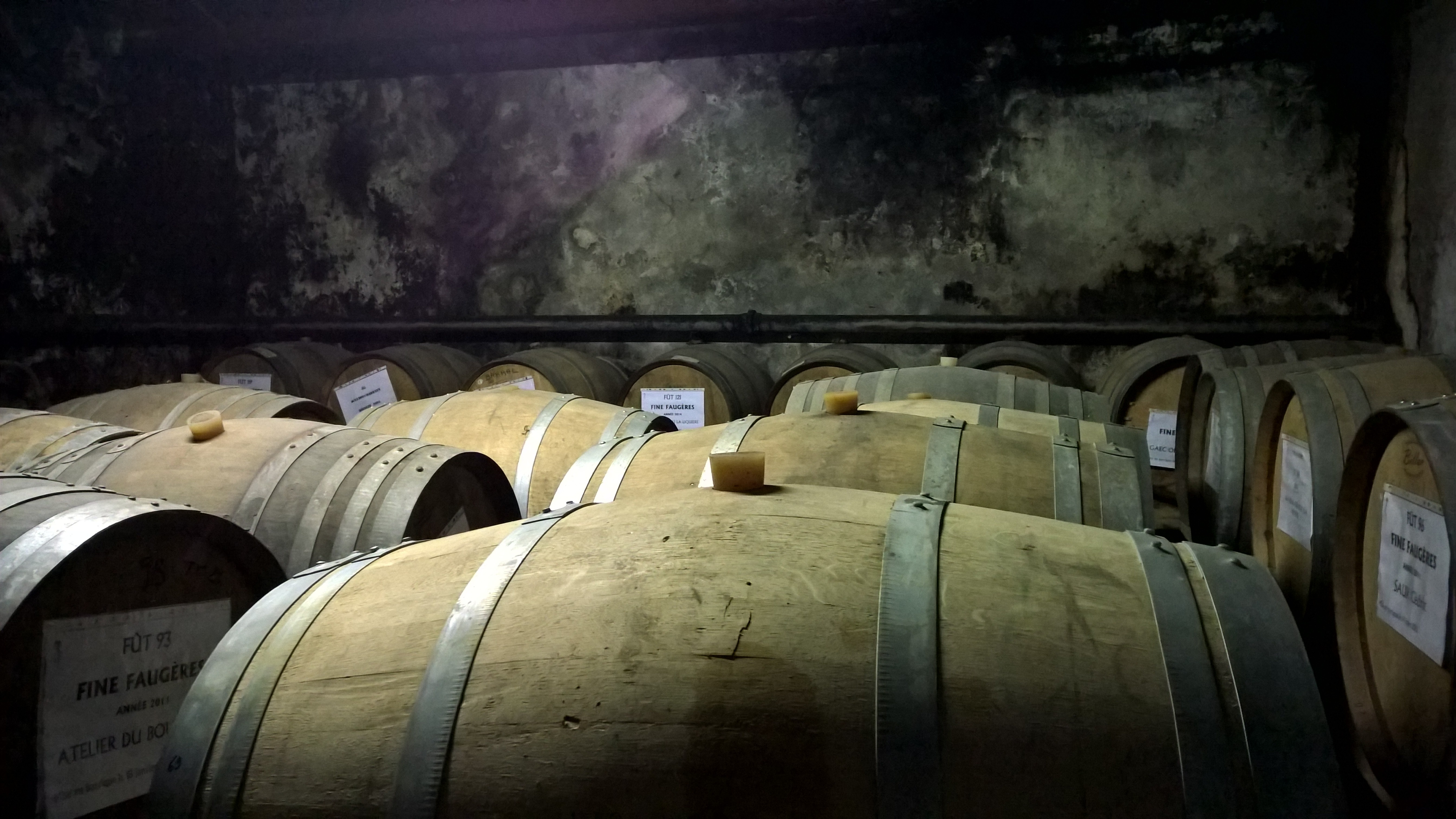 The brandy matures and gains greater complexity in oak barrels. It is only after another 5 years at least, usually ten years, that Fine Faugères is bottled, by which time it has developed incredibly fruity, saline and tobacco leaf aromas. Its softness and length on the palate make it unique.

Fine Faugères is an outstanding, niche brandy that ranks alongside the superior quality spirits produced using artisanal techniques across France.